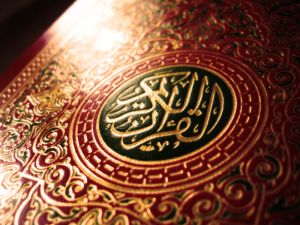 Isa ibn Maryam (Jesus son of Mary), peace and blessings be upon him, was born a miraculous birth without a father to a woman named Maryam (Mary), who was a servant of God and a very pious and chaste woman.

Today on December 25, many Christians will be celebrating what it is suppose to be the birth of Jesus Christ in prayers and remembrance. Interesting note on this is that Christians have difference of opinion on the exact date of the birth of Jesus Christ, just like Muslims do regarding the date of the birth of Prophet Muhammad, peace and blessings be upon both of them. What is important for both of the People of the Books is to bring that divine message of these Messengers of God into their lives rather than celebrating their birthdays as cultural or ritual thing.

Here I would briefly skim through what Muslims believe regarding Prophet Isa ibn Maryam and Maryam (Virgin Mary). An entire Chapter has been revealed in the Holy Quran entitled Maryam (Chapter 19) that starts talking about the birth of Prophet Yahya (John the Baptist) and then talks about the birth of Isa ibn Maryam. God describes the entire event in these words in Holy Quran Chapter 19:

Relate in the Book (the story of) Mary, when she withdrew from her family to a place in the East. (16) She placed a screen (to screen herself) from them: then We sent to her Our angel, and he appeared before her as a man in all respects. (17) She said: “I seek refuge from thee to (Allah) Most Gracious: (come not near) if thou dost fear Allah.” (18) He said: “Nay, I am only a messenger from thy Lord (to announce) to thee the gift of a holy son.” (19) She said: “How shall I have a son, seeing that no man has touched me, and I am not unchaste?” (20) He said: “So (it will be): thy Lord saith `That is easy for Me: and (We wish) to appoint him as a Sign unto men and a Mercy from Us’: it is a matter (so) decreed.” (21) So she conceived him, and she retired with him to a remote place. (22) And the pains of childbirth drove her to the trunk of a palm-tree: she cried (in her anguish): “Ah! would that I had died before this! Would that I had been a thing forgotten and out of sight!” (23) But (a voice) cried to her from beneath the (palm-tree): “Grieve not! for thy Lord hath provided a rivulet beneath thee; (24) “And shake towards thyself the trunk of the palm-tree: it will let fall fresh ripe dates upon thee. (25) “So eat and drink and cool (thine) eye. And if thou dost see any man say `I have vowed a fast to (Allah) Most Gracious, and this day will I enter into no talk with any human being.’ ” (26) At length she brought the (babe) to her people, carrying him (in her arms). they said: “O Mary! truly an amazing thing hast thou brought! (27) “O sister of Aaron! thy father was not a man of evil, nor thy mother a woman unchaste!” (28) But she pointed to the babe. They said: “How can we talk to one who is a child in the cradle?” (29) He said: “I am indeed a servant of Allah: He hath given me revelation and made me a prophet; (30) “And He hath made me Blessed wheresoever I be, and hath enjoined on me Prayer and Charity as long as I live; (31) “(He) hath made me kind to my mother, and not overbearing or miserable; (32) “So Peace is on me the day I was born, the day that I die and the day that I shall be raised up to life (again)“! (33) Such (was) Jesus the son of Mary: (it is) a statement of truth, about which they (vainly) dispute. (34) It is not befitting to (the majesty of) Allah that He should beget a son. Glory be to Him! When He determines a matter, He only says to it “Be”, and it is. [Chapter 19: Verse 16-35, Abdullah Yusuf Ali Translation from Quran Explorer]

Here detail description of the event of the birth of Jesus and the reaction of the community is described.  Muslims also believe that Jesus was not crucified, but instead he was taken into Heavens until his second coming and when Isa ibn Maryam would come to kill anti-Christ, he would follow the sharia of Prophet Muhammad. He would establish justice and peace in the word and then he would die a natural death by the will of Allah.

Although the history between Muslims and the Christian Europe might not be free from grave conflicts, Muslims and Christians in reality have a long history of cooperation and tolerance, from both sides.

When Prophet Muhammad received his first revelation and went to his wife Khadijah for help; she took him to her cousin, a Christian monk, Waraqa bin Nawfal who believed in the Onness of God and had studied the scriptures in great detail.  He noticed the signs and told them that Prophet Muhammad’s experiences met the requirements of the signs of the last prophet mentioned in the scriptures. Besides the sign, Christian King of Abyssinia provided security to Muslims as well.

The first batch of Muslim immigrants went to Abyssinia, when the Quraish of Makkah had made practicing Islam very hard. The leaders of Quraish tried to get these Muslims back from the Christian Abyssinian King Najashi. Najashi asked Muslims to present their case, and the leader of the group of immigrant Muslims recited to him the verses of Quran regarding Maryam and Jesus. King Najashi refused to hand over Muslims to Quraish and gave Muslim immigrants full support in terms of hospitality and security in his realm.

Not only that, when Muslims established Islam in Medina and folds of tribes and cities converted to Islam, Prophet Muhammad himself provided security to the Christians of Najran (Yemen) is these terms:

“Najran has the protection of God and the pledges of Muhammad, the Prophet, to protect their (the Christians’) lives, faith, land, property, those who are absent and those who are present, and their clan and allies. They need not change anything of their past customs. No right of theirs or their religion shall be altered. No church leader, monk or church guard shall be removed from his position.”

Reading the history of the coexistence of Muslims, Christians and Jews, in short people of the Books, it is sad to see our world today so polarized by Political interests and factions that is determined to divide us and make us kill each other just based on lies, ignorance and lies.

Christianity and Judaism might have been at each other for their theological differences, but the interaction of both faiths with Islam and vice versa, has been in general of peace, mutual respect, religious freedom, right to property, faith and land, and of justice. There are too many accounts where Jews and Christians have won cases against the Muslims in the courts based on the Islamic Law (Sharia). Whether it be a companion of Prophet Muhammad, a Muslim Caliph, ruler or official, or just an ordinary Muslim standing against another person from Ahl Kitab (People of the Books), justice was served without any prejudice.

The civilization of Muslim Spain- Al Andalusia still reminds us of that glorious past where we all lived together, learned from each other and contributed to the advancement of mankind. The tolerance of Sultan Salahuddin Ayyubi after the extermination of Muslims and Jews in Jerusalem is still preserved in the pages of history.

As many celebrate the birth of Jesus i.e. Isa ibn Maryam, we still can bring our good past back by educating ourselves about each other. If we lived in the past together, why we have to hate and destroy each other based on phobias and lies. We can do better than that, our history can be our evidence.