When Shaykh Idrees Kandhelvi was offered a position at Darululoom Deoband 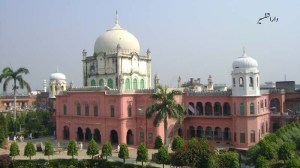 Ustadh-ul-Muhaditheen Maulana Muhammad Idrees Kandhelvi was a distinct scholar of Hadith from the Indian Subcontinent. Among his teachers included the following luminaries:

In 1929, Shaykh Idrees Kandhelvi moved to Hyderabad Deccan. Here he was able to author the four volumes of his famous “At-Ta’leeq al-Sabeeh.”

At this point in time, Shaykh Idrees Kandhelvi was earning 250 rupees monthly in Hyderabad Deccan. Darululoom Deoband offered him 70 rupees monthly for the position of “Shaykh-ut-Tafseer” because that was the standard rate for the teachers at the Darululoom Deoband. Everyone in his house was against this offer. His wife was totally against him accepting the offer and said that how would they live with 70 rupees monthly when he was getting 250 rupees in Hyderabad Deccan with free housing.

Shaykh Idrees then traveled to his hometown of Kandela to meet his father for advice and guidance. He showed his father the letters of ‘Allamah Shabbir Ahmad Usmani and Qari Tayyib and explained to him the financial issue, and sought his advice and command. His father became angry and responded: “How dare you travel to meet me and didn’t accept the offer when you received the first letter?”

Upon hearing this from his father, Shaykh Idrees became at ease and accepted the offer of Darululoom Deoband for 70 rupees and gave up the 250 rupees position at Hyderabad Deccan. He remained as the Shaykh-ut-Tafseer at Deoband until December 1949 when he migrated to Pakistan.