Hijabi Muslim Women Protest in Yemen and Azerbaijan for their Rights

Women in Islamic headscarves (Hijab/ Niqab/ Burqa) took streets in Azerbaijan on December 10 and in Yemen on December 14 demanding their rights.

These protests didn’t make it to the headlines of the Western Media, well simply because it doesn’t show the “Oppression” of Islam, it doesn’t fit the grand scheme, the grand scenario, you know what I mean!

END_OF_DOCUMENT_TOKEN_TO_BE_REPLACED

“US Media and Israel Military, All in the Family” by Alison Weir of If Americans Knew

[Alison Weir is executive director of If Americans Knew, which provides information and media analysis on Israel-Palestine] 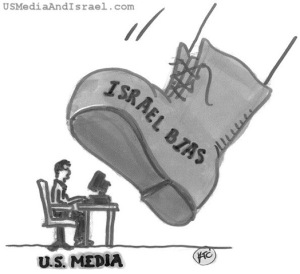 I don't own the Picture

Recent exposés revealing that Ethan Bronner, the New York Times Israel-Palestine bureau chief, has a son in the Israeli military have caused a storm of controversy that continues to swirl and generate further revelations.

Many people find such a sign of family partisanship in an editor covering a foreign conflict troubling especially given the Times’ record of Israel-centric journalism.

Times management at first refused to confirm Bronner’s situation, then refused to comment on it. Finally, public outcry forced Times Public Editor Clark Hoyt to confront the problem in a February 7th column.

After bending over backwards to praise the institution that employs him, Hoyt ultimately opined that Bronner should be re-assigned to a different sphere of reporting to avoid the “appearance” of bias. Times Editor Bill Keller declined to do so, however, instead writing a column calling Bronner’s connections to Israel valuable because they “supply a measure of sophistication about Israel and its adversaries that someone with no connections would lack.”

END_OF_DOCUMENT_TOKEN_TO_BE_REPLACED

No Terrorism Threat Now? Only Because he is not Ahmed or ibn qasim!

An idiot from Bethesda. Pict taken from Washington Post

I came to know about this today. Yes 5 days after this news was reported. That a 20 yrs old guy from Bethesda named Collin McKenzie-Gude was convicted for trying to assassinate President Obama back in 2008 when we was running for elections.

What, I remember when this Christian Preacher down south was preaching in his church and in an interview in a radio station that he hope Obama dies. This is also back then, when President Obama was running for President.

So no fear of terrorism now! No mention what motivated him to try assassinate President Obama in 2008!