END_OF_DOCUMENT_TOKEN_TO_BE_REPLACED

Why we observe Kashmir Solidarity Day

Every year since 1991 the people of Pakistan Observe the 5th February as a day to express solidarity with the people of Kashmir, who have been struggling and rendering unparalleled sacrifices to achieve their birthright, the right of self determination, for past six decades

To understand the importance of the observance of Kashmir Solidarity Day, one needs to understand the history of India’s occupation of Kashmir, which dates back to the partition of the subcontinent in 1947 after a century of END_OF_DOCUMENT_TOKEN_TO_BE_REPLACED

The Silence of Muslims on the issue of Kashmir is just pathetic. There are Human beings dying there, living under occupation for 63 years. How come END_OF_DOCUMENT_TOKEN_TO_BE_REPLACED

I am Mehdi Siddique, a kashmiri like all of you, someone who is reeling under oppression, undergoing through a terrible state of mind, confused and depressed like all of you. I am a commoner, I just started writing (intensively) after June,11 this year. I don’t have any other means to tell the world that ‘I want the culprits who martyred my innocent brother Tufail Matto (and the 108 that followed) to justice’, but through my writing, so I write, I want those who plunged the honor and dignity of my mothers and sisters leave my land, I want to live free. I want my brothers and sisters to live without any fear and oppression. I dream of an independent Kashmir. I want the oppressors to leave those who brutally killed nearly 100 thousand Kashmiris, those who laid their hand on the dignity of over 9000 of my mothers and sisters, those who continue to crush us and those who will END_OF_DOCUMENT_TOKEN_TO_BE_REPLACED

Results Of Simulated Israeli Strike On Iran! and the left out role of Pakistan

The National Public Radio (NPR news) ran a program on the Talk of the Nation about the Results of the Simulated Israeli Strike on Iran by the Saban Center for Middle East Policy (SCMEP), studied by Kenneth Pollack.

The official details of the simulation can be read here. The NPR program can be listen/ read here.

In brief there were 3 players of the simulation–America, Israel & Iran. The SCMEP had the players reflecting the currect policies of the US and Israeli governments. The simulation time was 8 days, in which Israel attacked the Nuclear facility of Iran without asking or notifying the United States in advance. After the attacks, the US was told by the Israel that this favor has been done by Israel and that US should help Israel in regards to this. The United States was first angry and then tried to keep Israel aside from the scene and tried to control the situation from getting any worse.

Iran, on the other hand, responded by attacking Israel, while Israel started getting hit my rockets from Lebanon and Gaza. Israel had to send a major land military offensive in order to invade Lebanon and Gaza to stop the rockets. By the end of the simulation (8th day) Iran was mining the Straight of Hormuz, Israel was in the middle of the major land offensive, Saudi Arabia got hit by Iran as well (they didn’t believe that Saudi Arabia had nothing to do with this), Syria was supporting Iran but didn’t know what to do of this sudden nuclear exchange…

END_OF_DOCUMENT_TOKEN_TO_BE_REPLACED

The New York Times, America’s one of the largest national Newspaper in print and online, published a biography of a militant Umar Kundi yesterday (Feb 27th 2010) under this title “Frustrated Strivers in Pakistan Turn to Jihad.”

When I read a title, I didn’t even think that it will be a biography of a militant. In fact for some naive reason I thought the NY Times, this prestigious newspaper, would have gone deep into the issue of militancy and had tried to show the confusion amongst the Pakistani youth.

I was shocked when I saw the first picture and read the caption of it. This picture has nothing to do with anything with the entire article first of all. Second, why a niqabi (face covered) and hijabi (head covered dressed modestly) women is shown? What has that got to do with Extremism or Jihad?

END_OF_DOCUMENT_TOKEN_TO_BE_REPLACED

Is India and Pakistan heading for Nuclear War?

The following article is an important one to read about the current events.

Reliable sources stated that Pakistani authorities have decided to move her forces from Western to Eastern border. The move of forces would start soon. The decision has been taken after receiving the threat from Indian Army Chief General Deepak Kapoor to strike Pakistan on November 22, 2009. Indian Chief warned that a limited war under a nuclear overhang is still very much a reality at least in the Indian sub-continent. On November 23, 2009 Pakistan Foreign Office Spokes man Abdul Basit asked the world community to take notice of remarks passed by the Indian Army Chief. He also said that India has set the stage and trying to impose a limited war on Pakistan. There are reports that Indian intelligence agencies have made a plan to hit some Indian nuke installation, alleging and then striking Pakistan. It is also added here that India has started purchasing lethal weapons. According to the careful survey a poor Asian country (India) has spent trillions on purchasing of Naval, Air force and nuke equipments.

END_OF_DOCUMENT_TOKEN_TO_BE_REPLACED

Day in Pictures: Does the world care!

END_OF_DOCUMENT_TOKEN_TO_BE_REPLACED

Part 1 Consist of originial article by Sheikh Salman Al-Oudah and a following comment by Yaser Birjas.

Part 1 includes the original article by Sheikh Al-Oadah with a follow up comment by Sheikh Yaser Birjas.
Part 2 of this series would include the comments of Sheikh Yasir Qadhi and Tawfique Chaowdhury to Al Oadah’s Article. [Umer Sultan]

—————
The following article was originally posted on IslamToday.com by Shaykh Salman al-Oudah (also spelled al-Awdah). The article is reproduced below, and then followed up with comments from MuslimMatters Shuyookh (Instructors) Yasir Qadhi, Yaser Birjas and Tawfique Chowdhury.

Some sick-minded people have started talking about assassinations as if they were a tradition established by the Prophet. This is more than a misunderstanding – it is delusional. Did the Prophet permit the execution of the leaders of Quraysh in Mecca when they sought to stamp out the Muslims in their midst? No. Or the leaders of the traitorous hypocrites in Madinah when the sought to undermine the nascent Muslim community? No. Did he call for executing the leaders of the Jews when there was a covenant between them? No. Did he ever grant anyone the right to pass personal judgment over others and their faith and carry out punishments? No. Never did he permit such things. What chaos would have been worse than that? But this is what these people today want to reduce us to.

I assert, on the basis of certain conviction, that the people who follow that extreme path, if they ever come into power, will bring destruction and ruin to everything. Society, from its civil cohesion, to its family integrity, to its agriculture, would waste away. Those people would foster civil strife and suffer for it in turn. This is because they have deviated from the straight path. They have no understanding of Islamic teachings and the wisdom behind those teachings. They are ignorant of the natural laws that Allah has placed in His creation. Therefore, they will never be successful and never find divine support. That is for certain, as anyone who has understanding can see. Nevertheless, those people are quite successful in spreading chaos and confusion. They are good at misleading the simple-minded and causing discord, and they are given support in this whenever we are silent, mince our words, or withhold judgment.
May the peace and blessings be upon our Prophet Muhammad, who brought the clear message and established the clear proof. And praise be to Allah, the Lord of All the Worlds.
Follow Up Comments by Shaykh Yaser Birjas
Sheikh Salaman al-Awda has boldly spoken the truth. His words in his recent article “Standing Together Against Terrorism and al-Qa’eda” truly profess a scholarly assessment, a brotherly advice and putting things, facts and people in their rightful position. 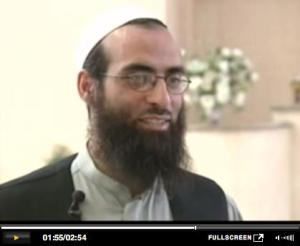 Speaking from a personal experience during my four years stay in Bosnia, I can confidently confirm the great misconception young Muslims have had and still having about a noble religious principle in its broader meaning such as Jihad and the mix up between it and the acts of violence done in the name of Jihad and Islam.
There is no doubt, calling for justice is a form of Jihad in itself, even if it entails the use of proportional force by those who are in authoritative position and can perform in that capacity. Acts of violence, such as indiscriminate killing, on the other hand can never be attributed to Jihad or Islam simply because the perpetrators chose to give it that name.
The message delivered in the article was a strong statement from the sheikh hafidhahullah, and definitely was much needed for our time. I personally support it and believe in it.
May Allah give the sheikh and us all the strength to remain steadfast against all acts of evil and injustices and use us all in the best way in serving his message al-Islam.