END_OF_DOCUMENT_TOKEN_TO_BE_REPLACED

What do you call a Brown Guy with a Beard? by Umer Sultan

Ever wondered what a Brown guy with a Beard is called? This question arose after an incident that took place. Before anything, I know it is a little long post, so please bear with me because it is a very important issue. Also share it with others so that the discussion gets into the other communities!

So few months back my brother and I came to the realization that it is wajib (command) on Muslim men to have beard. I know many brothers will jump on me and ask me century old questions, and I will inshallah (God-Willing) address those in some future posts, this one decision changed our outward appearance and taught many different lessons.

Change in our outward appearances resulted in the change of how people perceive us. Different people were asking me questions about why I am not shaving, what does it represent? Is beard the tribal pride or something? Of course there were some Muslim brothers who were supportive of this, many thanks to them for being there and more importantly to Allah Ta’ala for giving me the company of such friends.

I really like when people are eager to learn and they ask me questions. So I was happy that people were asking me questions that they would not ask such questions before but there were some others who resort to passing out judgement.

END_OF_DOCUMENT_TOKEN_TO_BE_REPLACED

The Cat and Mouse Game of Israel and Iran

Below are few links about the growing tension between Israel and Iran. While the propaganda machine and the neo-con Right is using all it can to engage the United States in the war with Iran, presumably to defend itself from Iran (actually defending Israel from Iran); we need to have an awareness of this Cat and Mouse Game.

Israeli recipe for dealing with the world “If force doesn’t work, use some more force.” by Israel Shamir [Veterans Today]

…Israelis armed, supplied and trained Kurdish terrorists for many years; they have turned the Iraqi Kurdistan into their territory with many Israeli businessmen doing their affairs waiting for Kirkuk oil to flow to Haifa as it did in the days of colonial British rule. The Kurds remained a hidden tool of Israel in the region for many years; its activation now shows that Israel still wants to teach Turks a lesson…

Regime Change in Iran: The Fantacy that will not die by William O. Beeman [New American Media]

…The answer that has emerged over four decades in the regime change circles is clearly that “Islam (read Iran) is against the United States.” It is from that point that the fantasizing begins: How to destroy this anti-American END_OF_DOCUMENT_TOKEN_TO_BE_REPLACED

Islamophobia is rising at a very alarming rate in the West and in particular the United States. Niqab bans and Minaret bans in Europe aside, and ignore recent ‘Draw Muhammad Day‘ campaign, there are news and events that do not make it to the global scale or even national level. That, however, does not mean that it can be ignored.

Allow me to provide you with these links. Dates might not be the exact day of incident as I got it from the earliest mentioning online site. Sit tight, hold your hearts for the time has come to keep your naive minds aside:-

Dan Finelli Ad: (on May 5th 2010) Mr Dan Finelli is a Florida Republican, new to the field of Politics. He is running for the 8th District seat and he ran 3 ‘bold’ actually racist and Islamophobe campaign ads. Showing brown person as a terrorist and a white man as a peaceful person! Mr. Finelli showed his ignorance by refusing to acknowledge that the suicide plane attack on an IRS facility in Texas, the shooting of Pentagon guards and the Christian militia plot to kill police officers (arrested in Michigan) were by “Whites.” DON”T STOP here! There is more below!!!

END_OF_DOCUMENT_TOKEN_TO_BE_REPLACED

“Out of France, Jews!” That was late 19th Century and Now its Muslims! 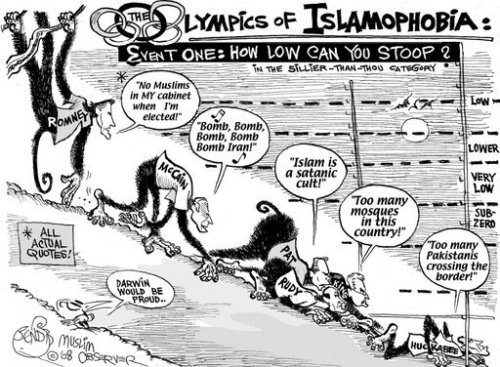 “It is no accident that the rise of anti-Semitism in nineteenth-century Europe coincided with the rise of nationalism. Nationalism, you will recall, presupposes a measure of ethnic or cultural homogeneity within a nation-state—something to bind a population together under a single collective identity. But the Jews represented a conspicuously alien culture that, despite centuries of living and thriving in every corner of Europe, had, in the minds of many, yet to sufficiently assimilate into European society (at least not enough to have disappeared altogether). The secret trial and false conviction of Alfred Dreyfus was a human tragedy. But the affair also raised much broader issues of a national identity among the French. The right-wing newspaper editor Edouard Drumont captured the sentiment of many French nationalists when he declared that Dreyfus’s betrayal was the inexorable destiny of his race. The Jews were a nation within a nation; it was inconceivable to think that their loyalties would be to France.”

END_OF_DOCUMENT_TOKEN_TO_BE_REPLACED 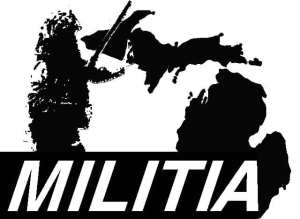 (RNS) When 19 Muslim men crashed two planes into the World Trade Center on Sept. 11, 2001, it was widely labeled “Islamic terrorism,” even as many Muslims cringed at the term.

So when nine members of a Michigan-based Christian militia, fueled by visions of the apocalypse, laid plans to gun down police officers, is it “Christian terrorism?”

Many Muslims, and others, think it should be.

”In cases of violence committed by Muslims, when it’s politically motivated, yes, call it Muslim terrorism. But when other faiths or ideologies commit violence, it has to be the same,” said Alejandro Buetel, the government liaison officer for the Muslim Public Affairs Council in Washington.

Recent charges filed against the Michigan-based Hutaree militia are just the latest indication that terrorism is not unique to Islam, they say, and that other religious and ideological groups can commit violence for their cause.